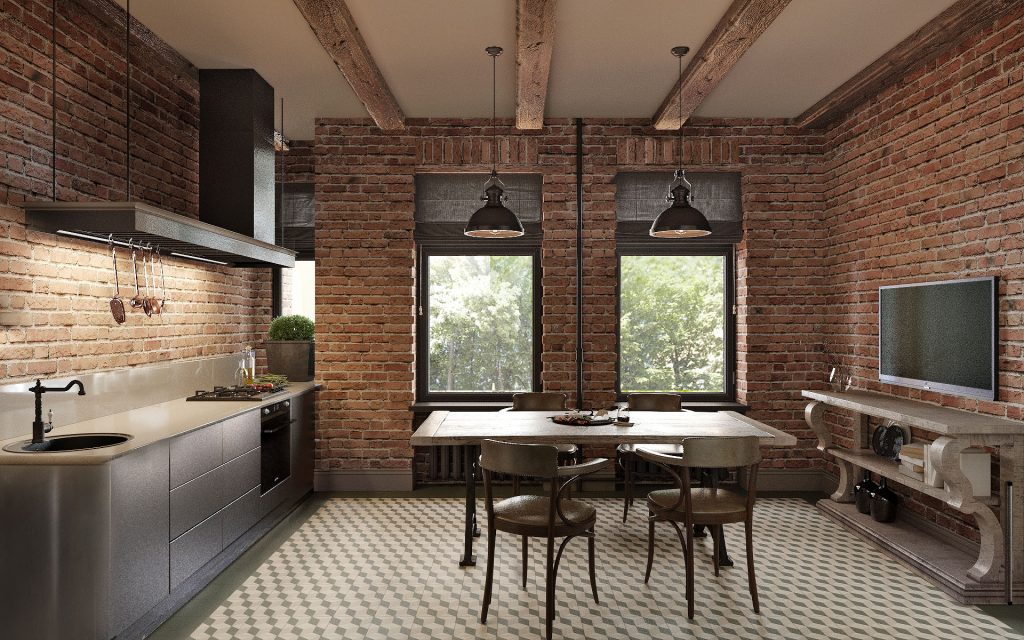 Loft with unique findings at the Patriarch Ponds

This flat is especial because upon dismantling works we discovered old brick in perfect condition which looks very contemporary today. This is how we started a loft.

Old house at Malaya Bronnaya used to be a communal flat. Our task was to design contemporary interiors for a young family with a child. Only upon dismantling we realized how beautiful that brickwork was, when we discovered that internal openings on bearing wall were laid in arch radial brickwork. It was unequivocally decided to keep unexpected finding and restore it. Another finding during dismantling was old wooden beams which in fact constitute the basis of the house. Between the beams there was revealed additional ceiling which height became 3,40m instead of initial 3m.

The Client’s preference was to show the brick as much as possible, not lumbering it up with furniture, and we fulfilled this idea. Some items were left such as old cast iron sink in lavatory and cast iron radiators which were repainted afterwards.